The origin and development of water pump

In the past we all used to draft water with wooden buckets. With the domestic economy getting better and better, the country paid attention to the development of industry, then our country developed a kind of liquid transportation tool, we just began to call it pumping machine. Then a series of pumps were born, and we gave it an industrial name, the water pump.

The birth of the water pump for human significance is very significant, so that our industry, agriculture, construction has been a series of convenience. Take a simple example, before there were no tall buildings, even if the water is scarce on the ground, we often dig a well, and then use a wooden bucket to pull water out to eat, this method is a relatively primitive method. With the birth of the water pump, we can put the pump in the well, and different people can use the water. The pump that is placed in water is defined as a submersible pump.

The country is progressing, the national economy is improving, with the birth of the pump, the country has invested a lot of funds and technology, then there are a large number of pump products developed. Take centrifugal pumps. In terms of pump technology on the current market, we are facing a number of great challenges, that is to put the domestic pump to the world, because China's industrial development than Europe and the United States industrial start later. Many pumps still have to learn the advanced technology of other countries to improve their own shortcomings.

In short, the emergence of the pump is a major highlight of the whole world, with the passage of time, the pump technology will be more and more advanced, we will not fall behind, can not fall behind, let the domestic pump known as the world leader is the responsibility and goal of each of our pump manufacturers.

Hebei Tongda Pump Co., Ltd is located in Baoding city of Hebei Province, near Beijing and Tianjin. Tongda Pump is established in 1995 with a registered capital of 50 billion Yuan. We have been manufacturing pumps and provide engineering service for customers from various industries.Now we have a staff of about 450, which includes 128 senior and intermediate professional technicians. Our factory covers an area of 95,000 ㎡ and we have over 200 sets of production equipment.

Water chiller may occur a variety of different types of failure, why the water pump flow is too large or too small failure? 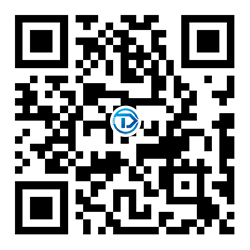